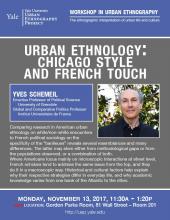 Comparing research in American urban ethnology on white/non-white encounters to French political sociology on the specificity of the “banlieues” reveals several resemblances and many differences. The latter may stem either from methodological gaps or from the populations observed, or a combination of both. Where Americans focus mainly on microscopic interactions at street level, French scholars tend to address the same issue from the top, and they do it in a macroscopic way. Historical and cultural factors help explain why their respective strategies differ in everyday life, and why academic knowledge varies from one bank of the Atlantic to the other.