The Sociological Theory That Explains Trump’s Assumption That All Black Citizens Live in the “Inner City”, by Elijah Anderson 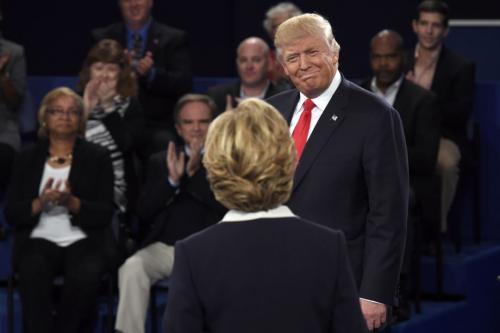 During the second presidential debate, when a well-dressed black man asked Donald Trump if he “could be president of all the people,” Trump immediately launched into his now-familiar riff about the inner cities and how terrible they are. “You go into the inner cities, it’s 45 percent poverty,” he said. “The education is a disaster. Jobs are essentially nonexistent … It can’t get worse.” Trump apparently assumed this man had come from one of the worst neighborhoods in St. Louis.